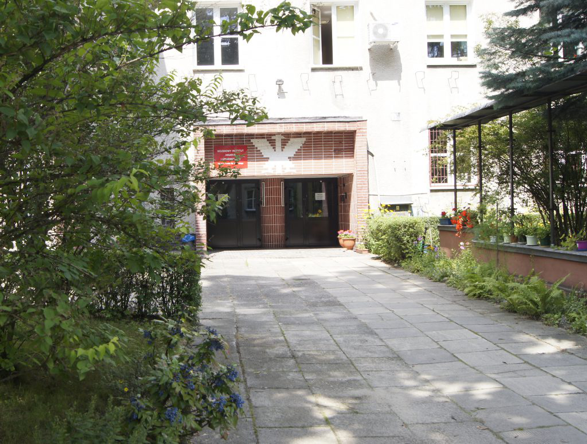 The military scientific centre in Pulawy dates back to 1949 when the Veterinary Research and Training Centre was moved there from Zamienie (near Warsaw). In the years following, some structural changes were introduced and the Centre grew into an important scientific part of the Medical Services of the Polish Armed Forces. In 1990 the Centre was incorporated into the Military Institute of Hygiene and Epidemiology while still maintaining its relatively large organizational independence. In 2002, the Centre was given its current name The Biological Threats Identification and Countermeasure Centre. The Centre has contributed considerably to the progress of medical, biological and veterinary sciences by carrying out innovative research in toxicology, radiobiology, microbiology, and food hygiene. The international prestige of the Centre has been reflected by the participation of its staff in a number of UN peace-keeping operations in the Middle East (Syria, Egypt, Iraq) and other parts of the world (Cambodia). Currently, the primary research and diagnostic activities of the Centre are focused on the detection and neutralisation of pathogens and toxins used in biological warfare. The Centre’s activities have been more effective since the establishment of a biological safety level 3 (BSL-3) laboratory, the only one of its kind in Poland. The staff of the BSL-3 laboratory having trained in relevant scientific institutions in Poland, USA, UK and other countries, not to mention the research performed, has gained the lab international recognition.
More information about Military Institute of Hygiene and Epidemiology at www.wihe.waw.pl

This site uses cookies to provide services at the highest level. Further use of the site means that you agree to use them.Close